Our role as a special legal counsel to the two Detroit retirement systems began in 1985. The firm is a member of the Michigan Association of Public Employee Retirement Systems (MAPERS) and its attorneys regularly attend conferences to stay current with law and policy relating to public pension systems.

We take pride in assisting each client with pro-active measures to avoid litigation and many times find that the most effective measures are pre-emptive. However, sometimes litigation is the necessary route. That’s when we will provide you with an aggressive, yet practical approach to pursuing your goals. Document management in multi-million dollar lawsuits is second nature to this small, yet extremely organized firm. 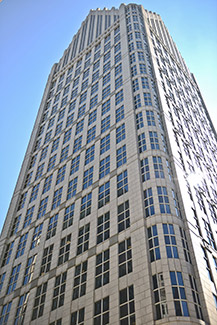 In addition to state court actions in district and circuit court, the Michigan Court of Appeals and the Michigan Supreme Court, we litigate in the U.S. District Court for the Eastern District of Michigan, the U.S. Bankruptcy Court – Eastern District of Michigan, and in courts in other jurisdictions after being admitted pro hac vice. We handle complex commercial arbitration matters in Michigan and elsewhere.

Racine & Associates represented the Wayne County Employees Retirement System (“WCERS”) in an action to repeal an ordinance relating to the inflation equity reserve and to require the County to make its full payment of required contributions to the WCERS: WCERS vs. Wayne County, a/k/a “The Thirteenth Check Case”. This case resulted in published opinions by the Michigan Court of Appeals [May 9, 2013] and the Michigan Supreme Court [December 18, 2014] in favor of WCERS, which shaped Michigan law regarding fiduciary obligations, prohibited transactions and the exclusive benefit rule as set forth in Public Act 314. On May 29, 2015, a money judgment was entered in favor of WCERS in the amount of $49,279,965.00, which has since been paid in full.

Copies of the published Michigan Court of Appeals and the Michigan Supreme Court decisions can be viewed below.

Racine & Associates has handled cases for the Detroit and Dearborn retirement systems that include resolution of the retirement systems’ interpretation and application of ordinances and tax lien obligations on the retirement system’s administration of benefits. One such case is Peter Rhoades vs. General Retirement System of the City of Detroit.  Mr. Rhoades challenged the retirement system’s method of application of the City’s anti-double dipping ordinance to his second tour of service for the city of Detroit.  After we were successful in the trial court, Mr. Rhoades appealed and the Michigan Court of Appeals upheld the trial court decision in favor of the retirement system.  A copy of the Michigan Court of Appeals decision can be viewed below. We pursued an investment advisor on behalf of the DGRS and won a $13 Million judgment, and on behalf of the DPFRS, Racine & Associates won $25 Million judgments against borrowers that failed to comply with loan terms. 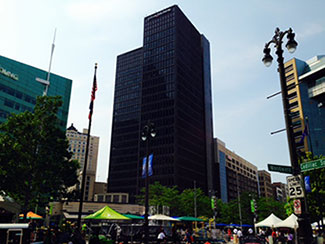 Drafting, reviewing, negotiating and enforcing contracts is one of our specialties.

We are experienced with drafting and enforcing innumerable types of contracts, and prosecuting, defending, and resolving various contract disputes from all sides.  We also have substantial experience in drafting and working with complex loans and investments in a wide range of asset classes.

The key to a successful investment or lending/borrowing opportunity is the knowledge gained prior to investing or lending. Our goal is to provide our clients with insight into any business and/or investment adventure they consider.

It is important to know the background of the people that seek your investment and/or loan of money, the risks associated with the loan, the industry, business and/or investment, as well as the potential for profitability, participation and exit opportunities. With our real estate, finance and business background, due diligence assignments are a significant portion of our business.

We thoroughly understand the FOIA process and the exceptions to basic FOIA rights.

In our experience, we find that public entities recognize the need to provide public records as required by the Act, but at the same time, we assist and encourage our clients to remain ever vigilant to protect matters that are not subject to public scrutiny. 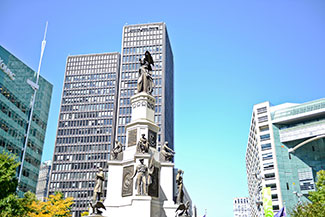 We have a clear understanding of the Open Meetings Act and its impact on everyday operations for public entities.  We recognize the public’s right to know, as well as the entity’s need to function effectively.

Through the representation of mortgage companies, pension funds, Greektown Casino, various developers and entrepreneurs, we have negotiated and documented development agreements and loan documentation serving sometimes as counsel to lenders and sometimes as counsel to borrowers. Having worked from both sides of these transactions, we have a wealth of information and experience to advise about practical, cost effective and feasible financing and investment arrangements.